Skip to content
This month, we continue our spotlight on our friends crafting fabulous wines from other areas of Europe. We invite you to get to know Franz Weninger in the wine-growing region of Sopron, Hungary.

Austrian born Franz Reinhard Weninger grew up on his parents’ wine estate in central Burgenland only a few kilometers from Lake Neusiedlersee. From his father, he not only learned the art of making wine, but also discovered his great passion. In 2000 he decided to continue a project begun by his father who purchased twenty-two hectares of vineyards in the small village of Balf, Hungary, near the Austrian border. Balf lies at the southern end of Lake Neusidelersee stretching from Austria’s Burgenland region to the Sopron region in east Hungary. The 1,900 hectares between Lake Neusiedlersee and the Sopron Mountains are primarily dedicated to the cultivation of dry red wines. The Spern Steiner and Frettner vineyard sites farmed by Weninger are among the best in Hungary and have been cultivated for centuries. In 2004, the family hired one of the finest architects to design a modern wine making facility, innovative in design with the capacity to handle Franz’s production for many years to come. In operation since the harvest of 2006, the facility contains a large cellar with a spacious production hall at its base, and an office and tasting room above where a clear view of Lake Neusidlersee can be seen. A specialist in the crafting of Kékfrankos, the Hungarian equivalent of Blaufränkisch, Franz has the vision, energy and worldliness to open the eyes of the world to what Hungary has to offer.

The Sopron wine region is situated on the northwestern border of Hungary, about 36 miles south of Vienna. Sopron has a similar climate to its neighboring region of Burgenland, where cold winters and hot, dry summers exemplify the Pannonian climate. Proximity to Lake Neusiedlersee also imparts a unique salinity to the air and a naturally occurring high humidity. With its rare mineral soil composition of rich gneiss and mica schist, the single vineyard site of Spern Steiner produces extraordinary Kékfrankos. The vines were planted in the 1960s facing eastward towards the lake on a flat slope incline. The single vineyard of Frettner is comprised of deep, loamy soils rich in humus and lime deposits. With its location next to an oak forest, grapes are kept cool as cold air flows through the vineyard, perfect for growing authentic Cabernet Franc.

Famous for its diverse landscape incorporating the most western steppe lake in Eurasia, the Sopron shares the “Fertö / Neusiedlersee Cultural Landscape” with Austria, an UNESCO World Heritage Site. Along with its exceptional natural values, the area has been used as a meeting place by different cultures for 8,000 years.

Franz Reinhard is a passionate biodynamic farmer, a discipline that he shares with his father. Together the two rank among Austria and Hungary’s experts in this methodology. In 2004, father and son decided to attend organic viticulture classes hoping to learn how to improve the quality of their vineyards. After converting the estate to organic, they still felt like something was missing. They then found biodynamics, which offered them more possibilities than organic farming ever could. Biodynamic farming emphasizes the vineyard as an ecological whole; encompassing not only the soil and the grapes, but also the flora and fauna in the area, all intertwined as one. Franz was attracted to the idea of working with both rhythmic and homeopathic applications for a thriving vineyard. By relying on the natural rhythm of the moon, for example, combined with teas such as chamomile, stinging nettle, and birch tree, these applications assist the establishment of balance in the vineyard. Bird-nesting boxes located in each vineyard also help maintain the ecological whole (pictured above). Balance creates a healthier, more harmonious grape, which Franz believes can be felt in the wine.

The single vineyard of Steiner is what brought Franz to Hungary. Once known as the finest vineyard in the region, Weninger believes the exclusive characteristics of the soil enhance the flavor in the wine. The essence of licorice and sweet dried plums on the nose with herbs, hints of spice, and a balanced acidity on the palate reveals truth behind the soil of this delicious ruby red wine.
“Only happy people can make good wine.”- Franz R. Weninger

The “Sound of Terroir” was created as a unique approach to express each of Weninger’s Blaufrankish wines. Franz paired up with Manuel Gruber, his team from the Vienna company, Viralvideo, and a group of professional musicians to construct a piece of music to master this challenge. Each of the musicians crafted a self-made instrument build with materials used in the making of wine; bottles, vineyard wires, barrels, etc. Here is the musical masterpiece that describes Weninger Spern Steiner with his wine orchestra.

Say, Candy and Ronnie, have you seen them yet?
Uh but they’re so spaced out, B-B-B-Bennie and the Jets,
Oh but they’re weird and they’re wonderful,
Oh Bennie she’s really keen!
She’s got electric boots, a mohair suit,
You know I read it in a magazine.

Elton John and Bernie Taupin, Benny and The Jets, 1973

It seems that the greatest artists are never quite sure of which piece will become their masterpiece.  Elton John’s famous song Benny and The Jets has been covered by luminary musicians from Billy Joel and Sara Bareilles to The Beastie Boys, Lady Gaga and even The Muppets.   It is rumored that 80s Heavy Metal rockstar, Axl Rose, front man for Guns ‘n’ Roses was inspired to become a singer when he first listened to Benny and the Jets. Yet, Elton John was dead set against releasing this song as a single when it first emerged citing that the song was odd and he was sure that it would fail. It became his first top 40 hit and is still used today as a popular contestant piece in reality contests like The Voice and American Idol.

When Benny and The Jets was released in 1973, Franz R. Weninger had not yet been born but his birth in 1979 was certainly on the cusp of great change in the Austrian and Hungarian wine worlds.  Franz grew up during the Austrian diethylene glycol scandal (1985), the fall of the Berlin Wall (1989), the dismantling of the barbed wire border between Austria and Hungary (1989) and the birth of The European Union (1993). Much of this revolution was literally and figuratively happening in his backyard. His young lifetime has seen a world of change in Austrian and Hungarian red-wine-growing philosophy from the embracing of bold oak flavors in red-wine and the use of concentrators to a gradual and then full embrace of organic and biodynamic methods.

Whenever I hear Benny and The Jets, I think of Franz.  Sometimes I find myself singing parts of the song while I’m tasting his wines.  I am not sure of the connection, but for me – there is one.  And I think that Franz would understand this.  His dedication to his art: farming biodynamically and gently vinifying 7 separate terroir of Blaufränkisch, comes from a certain drive to connect with the Earth and its people.  It is no different than those who make music or paint because they must – or those of us who sing-a-long because we just can’t help it.

Hey kids, shake it loose together
The spotlight’s hitting something
That’s been known to change the weather
We’ll kill the fatted calf tonight
So stick around
You’re gonna hear electric music
Solid walls of sound

Benny and The Jets was written as a spoof on the music industry but became an international sensation.  Perhaps the jury’s still out on Blaufränkisch, but I will wager that if the Blaufränkisch is made by Weninger…you’ll be singing something when you taste it.

May the Light Shine on You This Winter Solstice.

WISHING YOU HAPPY HOLIDAYS
from all of us at Circo Vino!
Joyeuses Fêtes!
Vesele Praznike!
Boldog Ünnepeket!
Frohe Feiertage! 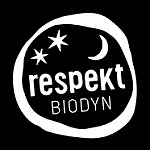 Blaufränkisch, an Austrian Red Just Waiting to Be Discovered