“You’re walking, and you don’t always realize it, but you’re always falling. With each step, you fall forward slightly, and then catch yourself from falling…and this is how you can be walking and falling at the same time.”        -Laurie Anderson

There is a tightrope act happening on the banks of the Danube river. In the winegrowing region known as the Wachau, a UNESCO World Heritage site in the western reaches of Niederösterreich, winemakers have been balancing on the sharp intersection of climates, philosophies, and techniques for generations. The delicate search for balance is the defining struggle of the region, but when that balance is achieved, the reward is a truly exquisite glass of wine. Take a walk on the tightrope with us and explore some of the things that make the Wachau and its wines so special.

While evidence of human habitation in the Danube valley between the towns of Melk and Krems goes back at least 20,000 years, Wachau viticulture didn’t hit its stride until around the 14th century, when medieval farmers began stacking stones to build terraces for their vineyards. Although small-scale grape cultivation and winemaking in the area dates to Roman times,  the proliferation of monasteries in the area drove a huge demand for wine, prompting local farmers to devise a way to grow, harvest, and vinify grapes in the challenging terrain, and these terraces were the answer. The soils of the steep, stony riverbanks proved ideal for cultivation of the region’s ubiquitous Grüner Veltliner, as well as a handful of other varieties, and the unique Wachau climate gave the wines a particular balance of ripeness and acidity.

The 17th-19th centuries were hard on the Wachau, with farmers weathering everything from wild fluctuations in the local economy, to the Napoleonic wars, to the continent-wide phylloxera epidemic that wiped out much of European wine production. The farmers and winemakers in the area were persistent, though. They knew they had a special place to practice their craft, and throughout the 20th century they refined and perfected a style of viticulture perfectly suited to their terroir. The formation of the Vinea Wachau Nobilis Districtus,  a home grown cooperative quality control organization, further cemented the region’s dedication to consistently producing top-quality, world-class wines.

The Wachau is the crossroads where two major climates intersect, and the influences of the two are, in large part, responsible for the unique character of the Wachau’s wines. The warm  air from the Pannonian plain in the east provides hot, sunny days during the growing season, which allows the fruit to ripen slowly and fully develop its sugars. Meanwhile cool, moist winds from the Waldviertel forest in the north bring the evening temperatures down, helping to preserve acidity and aromatic compounds. Compared to other viticultural areas in Austria, the Wachau experiences a much wider diurnal temperature swing, pulling the two ends of the sugar-acid tightrope farther apart, and ultimately providing the potential for wines with elegant balance and intense complexity.

The benefits of this climatic intersection come at a price, however. The winemaker is ultimately at the mercy of the weather, and the Wachau’s climate boundary can make for unpredictability. Late frost, hail, and botrytis infections from high humidity can all devastate a crop in an unlucky vintage, but the winemakers of the Wachau are well-versed in the trials of instability present in their land. They  possess considerable skill, not only as vintners, but as farmers as well. Generations of planting and harvesting, of fermenting and bottling, have fostered not only a deep connection to their vineyards, but the versatility to keep their balance no matter which way the wind happens to blow.

In stark contrast to the flatter, more open Kremstal to the east, the Wachau landscape is dominated by the steep walls that the Danube has cut out of the weathered  granite and gneiss, remnants of an ancient magma upheaval. The dry stone terraces that compose these vineyards are steep and narrow, with few being accessible to tractors or other agricultural machinery. This necessitates farming and harvesting exclusively by hand in many cases, such as Peter Veyder-Malberg’s Brandstatt vineyard, which he has lovingly farmed and restored since 2009.   The deep cut of the river has exposed a wide spectrum of  primary rock, covered in some places by alluvial sediment or wind deposition,  giving rise to extraordinary variability in the soils of the region. Not only does each vineyard have its own unique soil composition, the steeply terraced slopes can climb through several geologic eras over the course of a few hundred meters, with each section suited to a different vine. Wachau winemakers take full advantage of this, often planting late-ripening, stone-loving Riesling on the upper slopes and Grüner Veltliner on the lower, slightly richer slopes. This intimate knowledge of not only specific vineyard sites, but of minute variations within each site, is one of the hallmarks of the expert-level tightrope walking that it takes to coax world-class wine out of these rocky cliffs year after year.

The 1980s were a time of philosophical and regulatory change in the whole of the Austrian wine world. A renewed dedication to quality, and an eye on worldwide marketability, led Austria to create a a rigid nationwide set of wine laws which aimed to standardize and codify “quality wine,” but, befitting their hardiness and attention to detail, the winemakers of the Wachau instead formed their own set of quality standards, rejecting the wider DAC classification system for vineyard sites, and focusing instead on repeatable, standardized metrics in all aspects of the harvest and vinification to ensure not only quality, but consistency. The organization, known formally as the Vinea Wachau Nobilis Districtus, categorizes wines in a three-tier system based upon must weight, alcohol content, residual sugar, and harvest time. The three Vinea Wachau classifications, in ascending order, are Steinfeder, Federspiel, and Smaragd, each carrying an increasingly strict set of measurable standards. Under the leadership of such viticultural luminaries as Emmerich Knoll III, the organization’s current co-chair, the Vinea Wachau’s membership has grown to include nearly 200 regional vintners. Their collaboration on this system has done much to convey a sense of trust and provenance to consumers, and has been a driving force in elevating many Wachau wines to near-mythical status.

While the Vinea Wachau is a staunch believer in upholding traditions, they have also joined the Digital Age in style with the launch of MyWachau. The app is a resource-rich interactive map of the area, including details of producers, vineyards, soils, and microclimates across the Wachau. It provides the tech-savvy wine lover an up close and personal look at the Wachau terroir.

A Step in Another Direction

In a land as diverse and unpredictable as this, it’s no surprise that there are “outsiders among outsiders.” Some Wachau producers have chosen to reject the Vinea Wachau’s classifications and requirements outright, choosing instead to adopt a more intuitive, almost holistic approach to their farming and winemaking. Rather than relying on the hard-and-fast metric of must weight to indicate ripeness, Peter Veyder-Malberg relies on his intimate knowledge of his land and vines to harvest fruit at its peak for his purposes. Instead of aiming for a target alcohol level to attain the coveted Smaragd designation, he allows fermentation to run its natural course in the cellar and trusts his instincts over numbers. Those who have met Peter and spent time with him in his vineyards have described him as a gardener, a farmer, and a steward of an entire micro-ecosystem, rather than just a winemaker. His wines, some of the rarest and most sought-after in the Wachau, are almost a byproduct of his greater project to grow, tend, and maintain harmony and balance in his little slice of the valley. 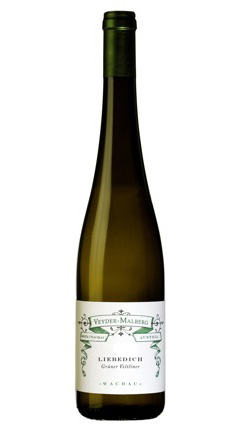 Whether it’s a single vineyard Riesling Smaragd from Emmerich Knoll, or a lovingly crafted Grüner Veltliner from a couple of Peter’s ancient vineyard sites, the care taken in  creating a fine Wachau wine shines through in the exquisite aromas, flavors, and, above all, balance of the product, much like a good meal. In a recent conversation with our esteemed Chapeaugrapher, Jon Elkins, he likened winemaking to cooking, with the various grape varieties as ingredients, differing vineyard soils and microclimates as a spice cabinet, and the expert  hand of the winemaker as chef. Like a seasoned culinary professional, the vintner combines these elements to create a dish that excites all the senses and pulls just the right nuances from everywhere to gently draw our palates across the tightrope and set us back down, ready for more. The better the chef knows their ingredients, the more familiar they are with the contents of the spice rack, the greater the tension and balance will be, and the tightrope-walking winemakers of the Wachau have certainly mastered these elements.

Wachau at Austrian Wine Marketing Board